Rutger and I arrived at la Rochelle by train to join Marc for the trip to Lagos, Portugal. That is, Rutger would only stay with us for the first leg to Leixoes / Porto. After that it would only be Marc and I.

We left La Rochelle the next day at 12:30 hr. after fueling up. While motoring to the fuel pontoon we noticed that the batteries weren’t charging … that was weird.. We decided to have a look at it on a later time. We had the generator and that was working fine.

Starting everything up after we had fueled up, there also seemed something wrong with the autopilot, it just didn’t come up…that too was pretty annoying. Again we decided to leave it for now. We would to start hand steering and have a look underway. The autopilot had worked perfectly so far, a reboot would probably fix it. Bad luck… the autopilot never came up again until Lagos, where a technician got it fixed in 15 minutes. The malfunctioning was caused by the ‘new’ system that was in fact installed years ago that now had started interfering with the old system that was still in place. Why it chose to just do so at this place and time… ?? Electronics are weird sometimes.

So hand steering it was and it would stay that the whole way. Just as well, when we did my around the Atlantic trip we hand steered the whole way, just because it’s fun!

To Porto would only be around 625 Nm and the three of us would handle that perfectly. 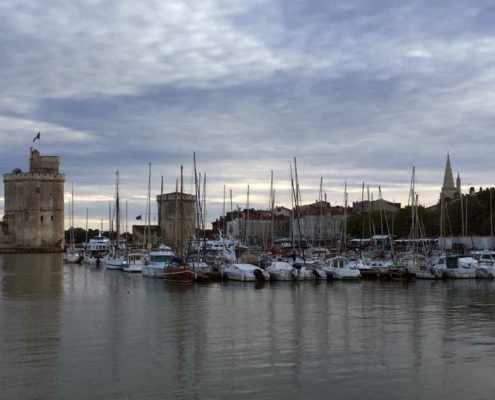 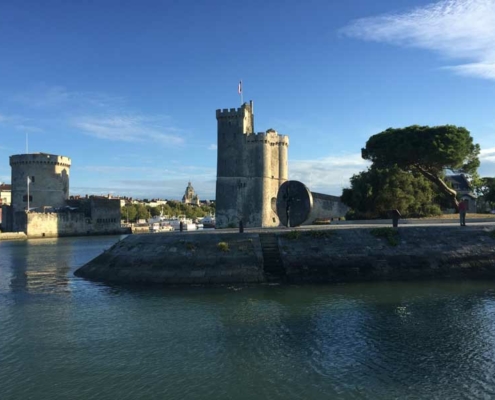 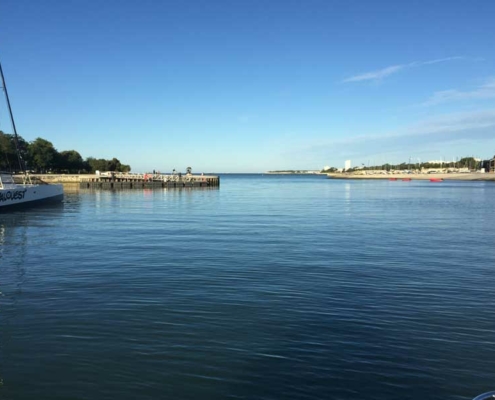 The first part was nice-ish. The winds were okay 15 – 20 kts. but close hauled in the Bay of Biscay … that’s a BUMPY ride. Short steep waves even sprayed over the sprayhood. Speed wise we’re doing great 90 Nm in 14 hrs. beating!

As of around 04:00 hr. the wind start dropping and kept on dropping to practically zip. It stayed that way until 07:00 the next day. Then the wind picked up again to 20 kts. and that also stayed that way up until Porto. The wind angle was better though and now we did 200 Nm in 21 Hrs.!!

Friday, August 28th around 15:06 hr. we rounded Cabo Finisterre. We made a pretty wind turn here. This cape hold some real bad memories for Marc. 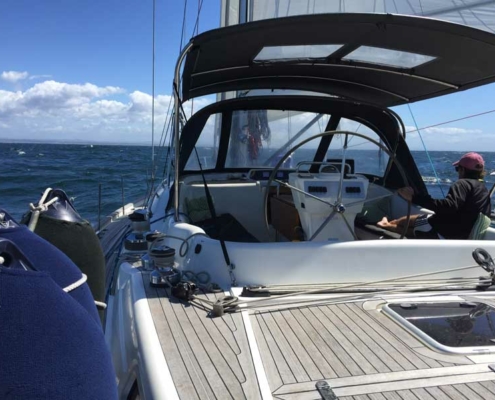 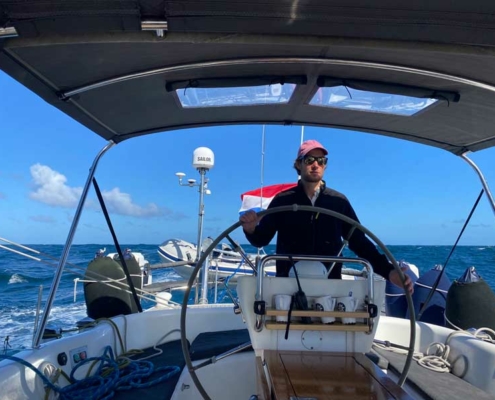 Next day around 14:00 hr., we arrived in Leixoes. Here Rutger would disembark and fly home.
Marc managed to find an electrician to check the alternator. The people in the marina were very helpful. However, the electrician couldn’t fix the alternator. The rotor was broken and it would take days to get a spare part IF it was available. We decided to leave it and try to have it fixed in Lagos. We didn’t want to stay there too long. Leixoes isn’t the prettiest place.

Marc and I took an Uber to Porto and we had a great day! We went on a boat trip up and down the river Duro and of course had some very nice Port later. After a very nice dinner at a riverside, we took an Uber back to the marina. 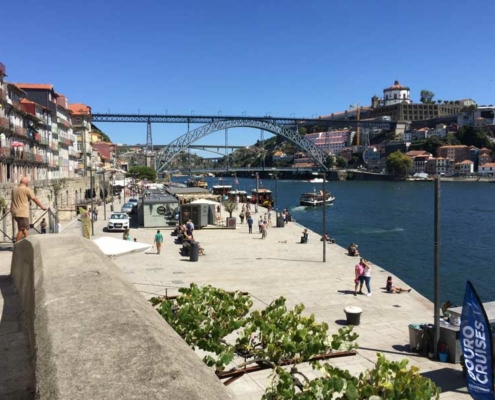 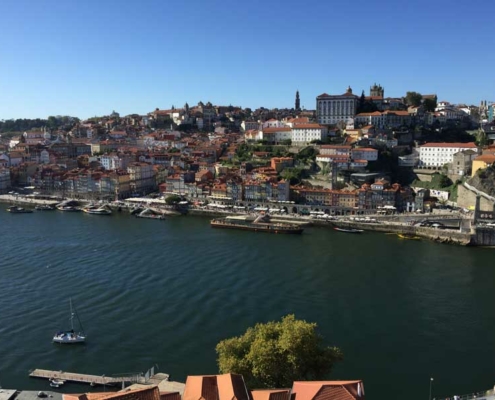 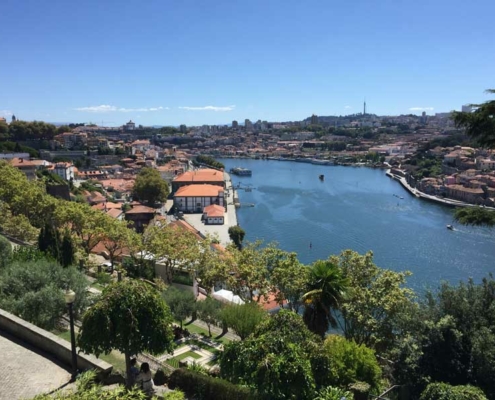 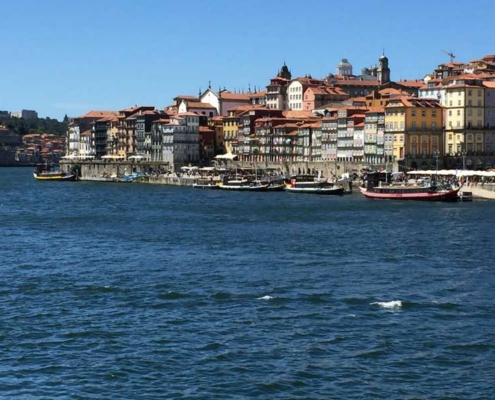 Sailing down the Atlantic coast of Portugal
Scroll to top